Most succulents have their origins in dry climates and in order to tolerate these arid conditions their structures have adapted to store water in various parts, including in their roots, stems or leaves.

Succulent is derived from the Latin word ‘sucus’ which means juice, moisture or sap. While succulents are often mentioned alongside cacti, all cacti are actually succulents. Cacti commonly have thick, fleshy stems where the water is stored and modified leaves in the form of spines, which have a very small surface area so they transpire less water.

There are so many benefits to having some succulents in your garden: 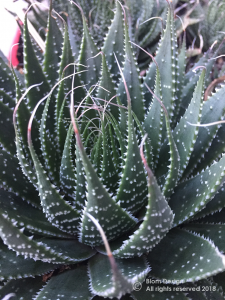 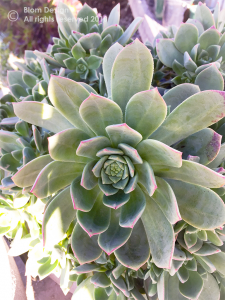 Growing tip: Make sure if you choose succulents that are frost tender, such as Agave attenuata, they are positioned in a protected spot where they won’t cop the full brunt of the frost. One of my large Agave’s was under a house eave, but the frost was bad enough to cause the leaves to be damaged and get some dieback in the tips. It took a few months for it to recover to its former glory.